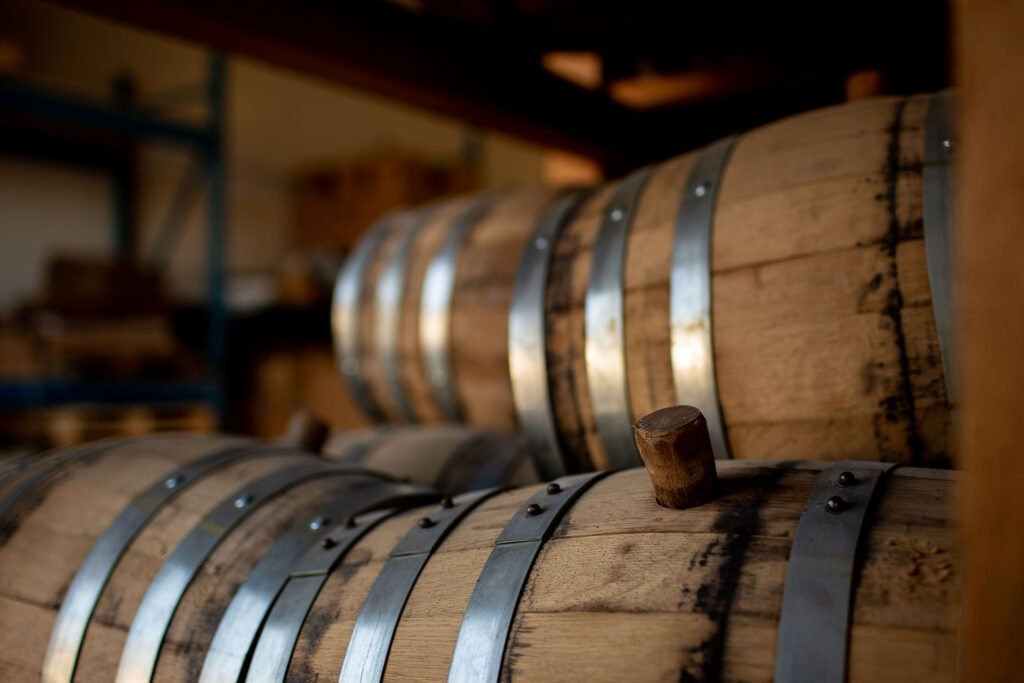 Don’t know your whisky slang yet? Here’s an intro to some of our favourite whisky words:

Angels’ Share: As a whisky ages in the barrel, the porousness of the oak wood allows for the smallest amount of whisky to evaporate into the heavens. This tiny amount works out to about 2% loss each year.  The loss tends to be higher in damper, hotter climates.  After years in storage, this loss starts to add up meaning quite a few litres of spirit are gifted to the “angels” by the time the whisky is ready to be bottled. This loss is the main reason why whiskies aged 20-40 years old are so expensive as the loss over time is immense.

Bung Hole:  The cute name for the drilled hole in either the side or top of the barrel where the whisky will be poured from. The name dates back to Medieval Dutch times and is based on the word “bonge” meaning stopper.

Cask Strength: When a whisky is labeled as cask strength, this means it has gone (basically) from barrel to bottle. No proofing, meaning adding water to dilute it down, has been done to lower the ABV and the whisky has been bottled at the original strength that it came out of the barrel. Usually, cask strength whiskies are around 52-60% ABV.

Devil’s Cut: Similar to the angels’ share, the devil’s cut refers to the portion of whisky that is absorbed by the barrel itself. After a barrel has been emptied, you can “retrieve” some of the devil’s cut by adding a bit of water to the empty barrel and rolling it around, which pulls out some of the alcohol from the walls of the barrel. This liquid, when emptied back out is called “swish” and can still be quite high in alcohol content!

Expression: A whisky expression is a particular bottling or variant of a certain whisky brand. Examples are: offering different age statements or barrel finishes within a line of whiskies.

Finish: Different whiskies can be finished in different barrels than those they were originally aged in. Typically whiskies are finished in another barrel (such as a sherry or port cask) for up to 2 years or as little as 3 months. There are no rules surrounding the amount of time a whisky must be finished for.

Grain: What whisky starts off as. Typically, the four grains used for making whisky are barley, wheat, rye, and corn. Each of these have their distinctly different characteristics, making a whisky sweet or spicy, etc.

Heads/Hearts/Tails:  This refers to the cuts that are made during the distillation process. The heads cut is the first 1 litre of alcohol that runs off a distillation. Hearts is the good alcohol that flows off immediately after the heads cut. Heads have a pleasant and strong smell, and contains around 85-90% alcohol. Tails is the last remaining alcohol coming off the distillation and is usually under 40% alcohol, containing fusel oils and smells like solvent. The tails cut will eventually be distilled again to strip the remaining good alcohol away from the excess oils.

Mash: This is what we call the mixture of grain, water, yeast and enzymes that will ferment into alcohol.

Mash Bill:  This is the amount of each type of grain that is added to the mash. For example: Bourbon mash bills are at least 51% corn and the remaining 49% can be a mixture of rye, wheat and barley.

New Make:  Un-aged whisky before it goes into a barrel, also known as moonshine or white lightning.

On the Rocks: A pour of any type of alcohol on ice.

Peat Smoked: Grain, usually barley, that has been dried over a peat fire giving a smokey flavour to the grain which will then be distilled. This smokey flavour is evident in the final product’s taste notes.

Quarter Cask: A 1/4 sized barrel, usually used for shorter maturations. Usually the smaller the barrel, the more intense flavours in the final spirit.

Staves: These are the separate, curved pieces of wood that make up the barrel itself.

Toast: Toast refers to the amount a barrel has been charred on the inside. New wood barrels are placed over an open flame, burning the inside of the wood and creating a char which imparts flavour into the whisky.

Umami: Thanks to scientific progress and the Japanese, we now know there is a fifth tasting sensation above the usual four; sweet, sour, salty and bitter. While it can be hard to describe that fits into the “umami” category, anything deemed savoury comes close.

Vintage:  The age stamp on a whisky bottle of the year it started its aging process.

Whisky Thief: The tool used to take small samples of whisky out of a barrel. These can be made of metal, plastic or glass.

Yeast: The live agent added to the mash that makes the magic happen! As the grains are heated up, they break down into sugars in the mash, and yeast eats those sugars and converts them into alcohol.

Meet The Family: The Main Grains of Whisky